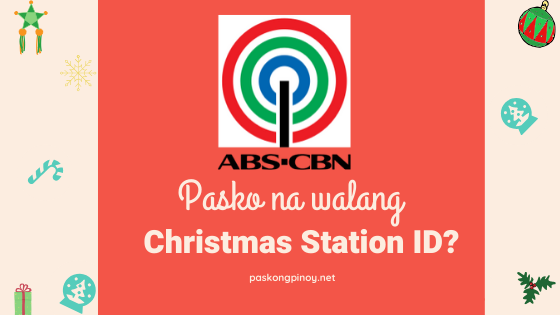 For many fans of ABS-CBN, which used to be the Philippines largest network before their franchise ended, their star-studded Christmas Station ID is something to look forward to every December. Their station ID is supposedly good only for the holiday season but many of what they produced in the past have become part of pop culture. Classics have come out of it, who can forget “Bro, Ikaw ang Star ng Pasko?” or “Ngayong Pasko Magniningning Ang Pilipino”?. But now that the National Telecommunication Commission (NTC) has issued a Cease and Desist Order (CDO) againts the network and with the latter’s subsequent shutdown starting evening of May 5, are we looking up at a Pasko that we won't be hearing and seeing the ABS-CBN Christmas Station ID? If the network’s franchise renewal will not be granted, then that could be a reality this coming 2020 holiday season. How will the fans take this news? COMPANY SONG TO POP CULTURE  The themes of ABS CBN Christmas song usually ...